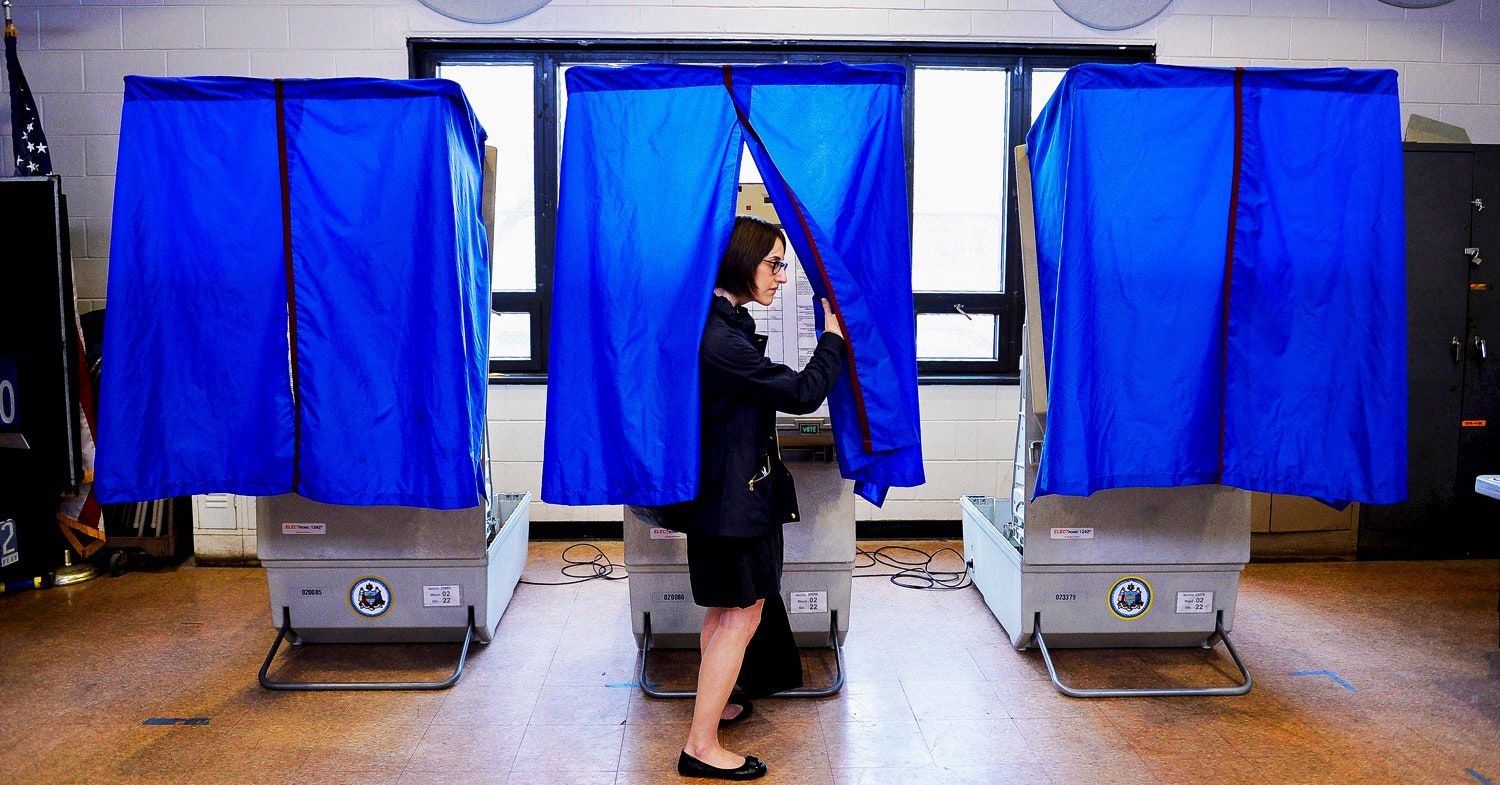 David Weiner counts himself lucky. Sure, he waited an hour to vote at the Brooklyn Public Library along with, he estimates, several hundred other New Yorkers Tuesday afternoon. But, hey, at least he arrived when the last ballot scanner officially broke. That meant he could just fill out his ballot and shove it in a box. The people in line in front of him, the ones who’d been waiting to use that last ballot scanner, said they’d been in line for twice as long.

“The line snaked all the way around the lobby of the public library, which is extremely unusual,” says Weiner, a Brooklyn resident who runs a cannabis media company and has been voting at the same location for three years. “I took that as enthusiasm for voting, but I was sorely mistaken.”

Instead, Weiner was just one of a still-unknown number of Americans who watched their country’s voting technology break down right in front of their eyes on Tuesday. Machine malfunctions caused hours-long lines and reports of voters giving up and going home at polling stations across the country. On an already tense Election Day, these technical issues exacerbated voters’ anxieties and concerns about voter suppression. And it’s true that in past election cycles, long lines have disproportionately impacted communities of color.

Based on the social media deluge, it certainly felt like the entire election system was melting down at a rate the country has never seen before. But was it? Charles Stewart III, a professor of political science at MIT and a member of the MIT Voting Project, says it’s far too early to tell. “We’re going to have to wait for the data to come in,” says Stewart, who helped develop the Election Performance Index, which analyzes how effectively states manage elections.

To be sure, the sheer volume of anecdotes about long lines in states across the country is problematic. ProPublica’s ElectionLand project received dozens of complaints throughout New York City. In St. Louis County, Missouri, the director of elections said old machines were to blame for ballot scanners rejecting up to half of the ballots in some precincts. In Richland County, South Carolina, election officials urged voters to review their ballots after reports surfaced of machines flipping people’s votes. In Gwinnett County, Georgia, where fears of voter suppression in a contentious gubernatorial race were already heightened, voters waited in line for hours due to missing power cords for the machines. Meanwhile, officials in Madison County, Alabama, Wake County, North Carolina, and New York City used the Milli Vanilli defense and blamed the rain for their voting woes.

“The drier, the crisper the ballot is, the less issues you’re going to have with the machine,” Michael Ryan, executive director of New York City’s board of elections, told one local TV reporter.

These stories hardly paint a full picture of what was happening across the country as a whole. What they do indicate is how proactive—or not—states have been in upgrading outdated voting technology with known flaws. Texas, for instance, has seen a number of reports about people’s votes being flipped. These problems are surfacing on a machine called the Hart InterCivic eSlate. These machines are at least a decade old, Stewart says, and the bug that causes people’s votes to be flipped was well known, raising serious questions about Texas’s decision not to update them before the 2018 midterms.

Texas isn’t alone. States across the country, including Pennsylvania and Missouri, among others, are using voting machines that are more than a decade old. Some, including Georgia’s voting machines, are running on outdated versions of the Windows operating system. As with any computer, it stands to reason these antiquated systems would break down under pressure.

Simply replacing old machines with new ones wouldn’t guarantee an incident-free election, though. Take the claim that the rain messed with people’s ballots—it isn’t just an excuse. Kings County in New York and Madison County in Alabama both use an optical scanner machine called the DS-200. According to its operating manual, Stewart says, it’s designed to operate in 10 to 15 percent humidity. In both Kings County and Madison County on Tuesday, the humidity was more like 98 percent. The irony there, Stewart says, is the DS-200 isn’t one of the old machines we always hear about becoming obsolete. It came out at the end of 2015. “It’s a more persnickety piece of equipment, giving you greater security,” Stewart says. But that sophistication clearly comes with unforeseen consequences.

The decision to spend millions of dollars on new voting machines a small one. Congress passed a $380 million election security appropriation earlier this year, but as experts noted at the time, that funding has its own limitations; for many states, the money didn’t come in time to overhaul all of their voting machines. Aside from that limited federal funding, most of the budget for new machines comes from state and local coffers. “It’s a catch-as-catch-can world of getting that money together,” Stewart says. Stacked up against all of a state’s other priorities, upgrading their voting technology can fall to the bottom of the list.

Stewart says there’s no evidence yet that Tuesday’s malfunctions are historic in any way. “I’m not ready to say this is another Florida in 2012,” he says, referring to the unprecedented lines in the state that year that reports estimate discouraged 200,000 voters from casting a ballot.

But if this year’s issues weren’t an anomaly, the truth may be even bleaker: These kinds of problems are a new normal.