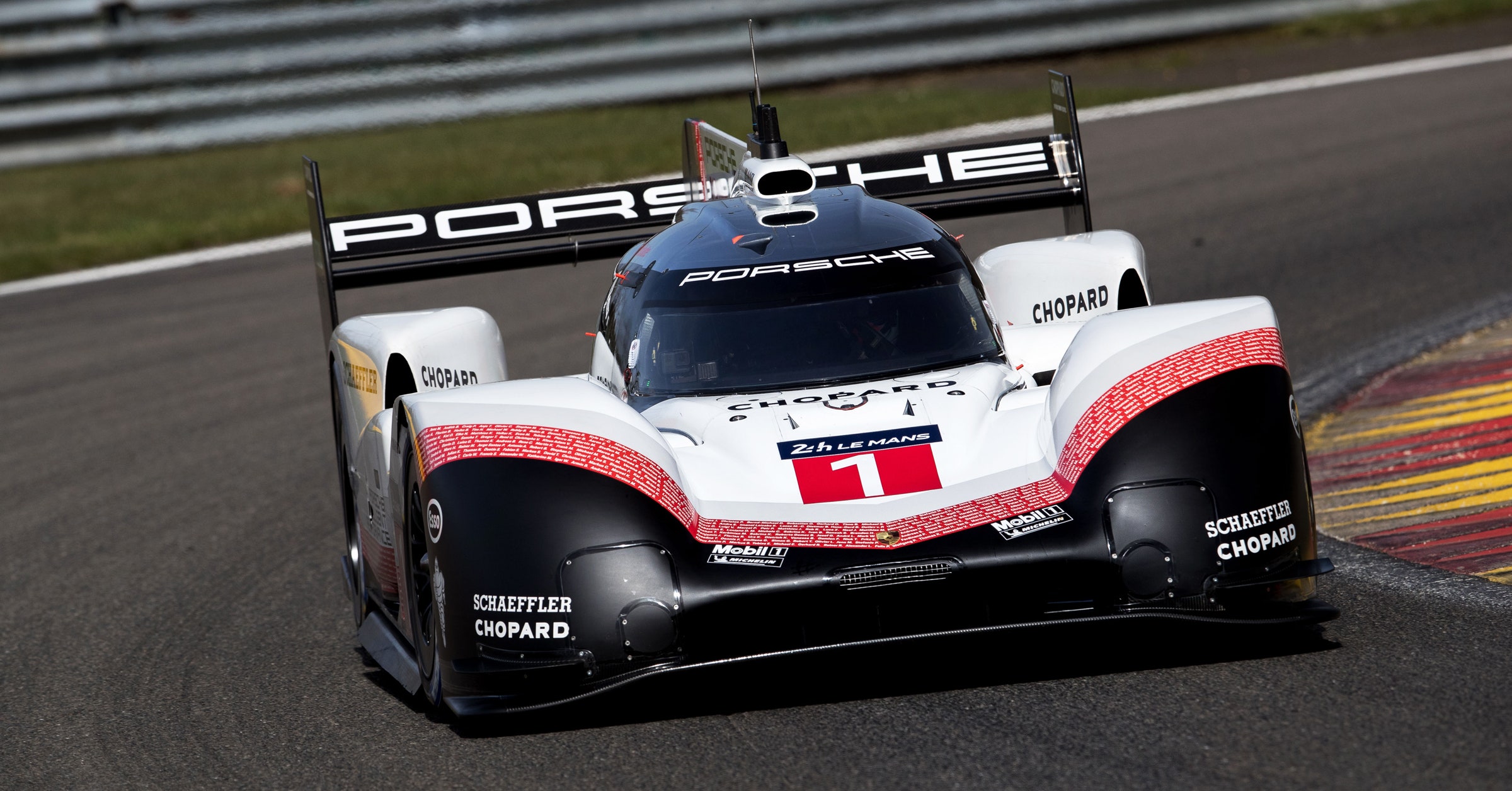 In most motorsports, the engineer’s cruelest foe isn’t the rules of physics or the driver’s inability to wring every crumb of power from their vehicle. It’s the rules. Rules laid down by overbearing governing bodies, imposing limits on weight, dimensions, power output, tire choices, aerodynamics, braking, and whatever else they can think to control. Usually the point is to keep the drivers safe or make racing more entertaining with evenly matched machines, but that doesn’t mean the engineers like it.

So when Porsche gave its people the chance to break free and show what their machines can do, they overdelivered. They started with the 919 Hybrid, the car Porsche used to win the 24 Hours of Le Mans the past three years. Then they did everything that could make the car faster, the things that would break the rules for the rest of the time. They call the result the 919 Evo.

And then they took it to Belgium’s Spa Francorchamps, the legendary Formula 1 track that’s home to what may be the toughest corner in motorsports. The Evo lapped the course in 1:41.77 minutes, 12 seconds faster than the race-legal 919. In a sport measured by the millisecond, that’s a stupendous improvement. It even beat the all-time track record, set by Formula 1 champion Lewis Hamilton, by 0.783 seconds.

“The 919 Evo is brutally impressive,” says Neel Jani, the driver who lapped Spa. “It is definitely the fastest car I ever drove, the grip level is at a fully new dimension for me, I couldn’t imagine this amount beforehand.”

Turns out, when you get to ignore the rules that govern the World Endurance Championship (which includes Le Mans), there’s a lot you can do to go faster. Porsche’s engineers cut the weight of the carbon fiber and aluminum car by 86 pounds, to 1872 pounds, by dropping useless frills like the windshield wipers, lights, air conditioner, electronic race controls, and the pneumatic jack. They also tweaked the exterior aerodynamics, generating 53 percent more downforce, the all-important stuff that keeps the car stuck to the pavement when it’s clocking jumbo jet takeoff speeds. They upgraded the suspension and tires to deal with the extra loads.

The Evo carries the same two-liter, turbocharged V4 engine as the Le Mans-winning car, minus the fuel flow meter that limits how much gasoline goes kaboom. Combined with a software tweak, that upped its output from 500 horsepower to 720 horsepower. The car uses two energy recovery systems, generating electricity from braking and the exhaust. That’s stored in a liquid-cooled lithium ion battery, and then used to drive an electric motor on the front axle while the engine drives the rear, for maximum all-wheel-drive acceleration. Without imposed limits, that motor now adds another 440 horsepower (as much as the total power of a BMW M3), up 10 percent.

This record setting lap is part of a farewell tour for the Le Mans winning car. Porsche is pulling out of the World Endurance Championship so it can focus on all-electric Formula E racing. Next stop for the 919 Evo is what Porsche is calling a “demo lap” at the legendary Nurburgring in Germany. Porsche previously set a race car record there in 1983 with its 956, which still stands. Then it’s on to the Goodwood Festival of Speed, and the Festival of Porsche at Brands Hatch, in the UK, before coming to California’s Laguna Seca in California.

Like so many retired folks, the 919 is finally ready to ignore the rules and have some fun, on its terms.