That’s precisely why I used the title to my article today, I want to provide a harbinger for investors and heed caution for shareholders (and prospective shareholders) of Washington Prime (WPG). 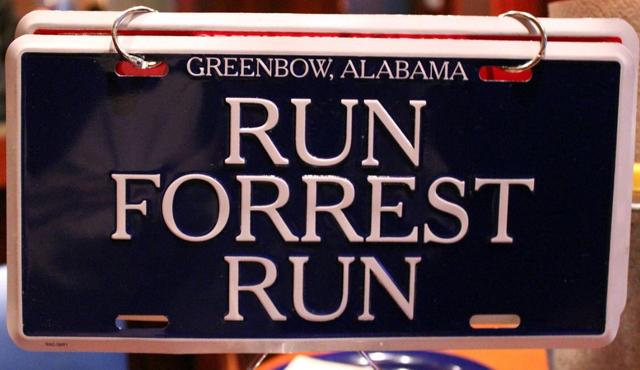 Before getting started, let me explain the reasoning behind my article: CBL Properties (CBL) and WPG are yielding double-digits, and when I see yields in excess of 10%, I am cautious.

A few days ago, I wrote on CBL and in that article I explained, “I’m downgrading CBL to a Strong Sell“, and recently Michael Boyd explained that “For the common equity to be worth $0, the portfolio would have to trade at a blended 12% cap rate.”

I’m astonished to see the number of articles on Seeking Alpha where writers are suggesting CBL as a BUY (speculative or not) after a dividend cut, let alone, multiple dividend cuts.

For CBL, my STRONG SELL, is the best way I can describe the shares of the company. It’s my job, as an analyst, to steer investors to safety, and I would be remiss to provide readers and investors with any rating other than that.

The crux of the issue really boils down to the company’s ability to manage its spending level and dividend distribution level, and if you are not addressing these with the worst case in mind, you aren’t truly an investor, you are a speculator. 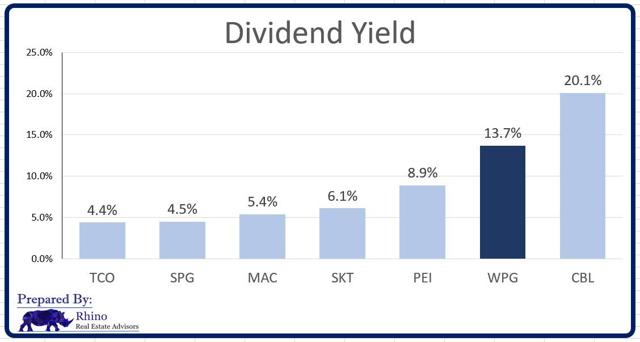 Washington Prime Is “Grinding It Out”

First off, I want to give credit, when credit is due.

Washington Prime is doing a good job at managing its portfolio risk. For example, since 2014 the company has had 2.3MSF (nearly 10% of inline space) “succumb to the black cloaked, scythe wielding, grim reaper known as bankruptcy” (CEO’s words from Investor Presentation), and in spite of this the company has “evidenced minimal variance as it relates to operating metrics”. Between 2014 and 2018, comparable occupancy decreased by less than 200 basis points:

In Q2-18 the company’s occupancy on a portfolio basis was flat with both Tier 1 (92.8%) and Open Air (95.1%). Also, in-line sales per square foot for both Tier 1 and Tier 2 assets, which in Q1-18 exhibited their highest year-over-year growth over the previous five quarters, continues to improve with an overall 50 basis points increase year-over-year to $377.

So in the context of “grinding it out”, I think it’s important to recognize Washington Prime’s management team for leasing space and managing the “black cloaked, scythe wielding, grim reaper known as bankruptcy”.

The Big Elephant in the Room 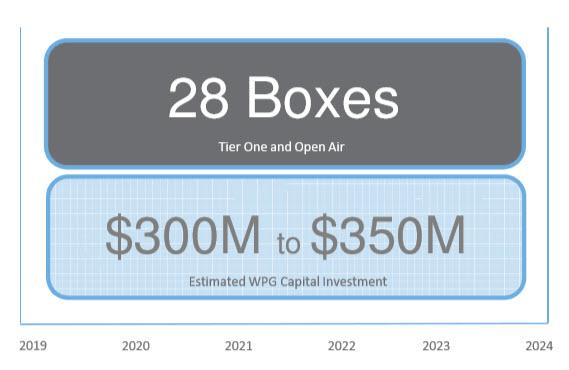 Currently Washington Prime has 28 department store boxes in the Tier One and Open Air portfolios which the company believes will need to be repositioned. This includes Sears (NASDAQ:SHLD) (other than those owned by Seritage) and Bon-Ton Stores (NASDAQ:BONT).

Of the 28 locations, Washington Prime owns all but three spaces and is currently in various stages of active planning and negotiations or commitments to replace or redevelop 24 of these locations.

To put this into perspective, revenue derived from the 28 boxes equates to only 1.7% of total annualized revenue for the combined Tier One and OpenAir portfolios. Washington Prime estimates that its share of additional capital investment will be approximately $300 to $350 million to transition this real estate “with a three-to-five-year investment horizon”.

But wait? What if Sears goes away sooner?

As I said earlier, before jumping on the mouth-watering 13.7% dividend yield, shouldn’t the investor consider the effects if Sears goes under?

And remember, it’s not just the 28 departments stores and $300 to $350 million of capital to be invested, but the “intrinsic volatility within the Tier Two portfolio”. As the company points out, “these assets are subject to a much higher risk-adjusted ROIC threshold” before the company “would even consider allocating a marginal unit”.

Again, I will point out that Washington Prime’s management team has done a good job disposing of the Tier Two assets, the company has sold to third parties or gave back to lenders 13 assets during the previous 24 months. The Tier Two assets now represent around 10% of core NOI, compared to 25% two years ago.

So why am I applauding Washington Prime for “grinding it out” while simultaneously voicing my “Run, Forrest, Run” harbinger?

As noted above, the double-digit yield suggests Washington Prime is a risky trade, and the earnings multiple validates the danger.

Given the tools that Washington Prime has today, I believe management is doing a good job; however, my concern is what management does when Sears files bankruptcy? I am fairly confident that the shares have not yet priced in that possibility or the likely notion of a dividend cut…

Keep in mind, Washington Prime has maintained a $.25 per square quarterly dividend since listing shares, and the big difference between FFO and AFFO is that the AFFO metric subtracts (from FFO) improvements such as tenant allowances.

So, many analysts and some companies began to report “Adjusted Funds from Operations” (or AFFO). The biggest change by far that AFFO makes to FFO is to subtract recurring capital expenditures. Since AFFO is designed to be a closer proxy for actual normalized cash flows per share, a common computation of AFFO might appear as follows:

In a recent article, PendragonY explains that “management has plans to spend as much as $205 million on redevelopment and other capital projects. I think it’s reasonable to estimate that $100 million or so of those funds will come out of operational cash flow.” He is essentially providing us with a proxy for Washington’ Prime’s cash flow per share:

Simply out: PendragonY is suggesting that after $250 million redevelopment costs, Washington Prime’s dividend coverage will be just over 100%. Keep in mind, the company plans to spend $300 to $350 million on 28 department store retrofits over the next three-to-five years and plans to allocate $100 to $125 million to redevelopment in 2018.

Washington Prime has approximately $440 million of current available liquidity when considering cash on hand and capacity on the credit facility (excludes another $44 million of proceeds from the remaining Four Corners’ outparcel transactions and $30 to $35 million from planned mortgage financing, which collectively will put the company in a position to have over a $0.5 billion of liquidity).

Again, management has done a very good job of allocating capital – along with free cash flow after payment of the dividend, the company has ample capacity for its current redevelopment pipeline. However, if Sears files bankruptcy, Washington Prime will be forced to cut its dividend, and I do not believe that this has been priced in yet. 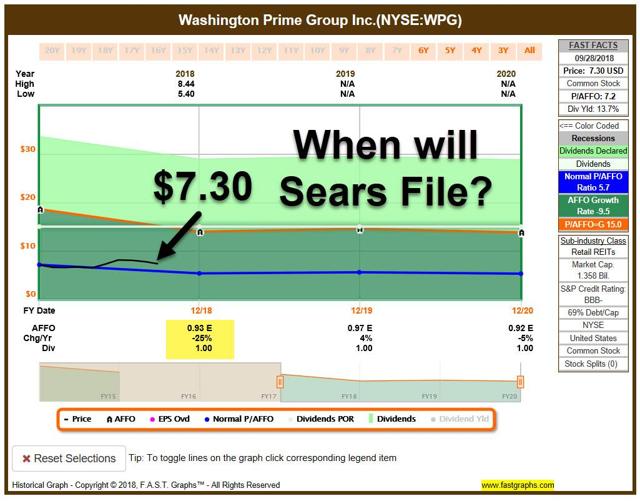 In the words of Forrest Gump, “Stupid is as stupid does” and while I certainly recognize that there’s money to be made investing in shares on Washington Prime, I believe strongly that there is considerable downside ahead. I’m downgrading shares in Washington Prime to a STRONG SELL, based solely on the lack of dividend safety. And I’ll conclude this article with quote from Forrest, “That’s all I have to say about that.”

STAY TUNED for the Spooky REIT List in October. Boo!

Author’s note: Brad Thomas is a Wall Street writer, and that means he is not always right with his predictions or recommendations. That also applies to his grammar. Please excuse any typos, and be assured that he will do his best to correct any errors if they are overlooked.

Finally, this article is free, and the sole purpose for writing it is to assist with research, while also providing a forum for second-level thinking.

Brad Thomas is one of the most read authors on Seeking Alpha (based on page-views), and over the years, he has developed a trusted brand in the REIT sector. His articles generate significant traffic (around 500,000 views monthly) and he has thousands of satisfied customers who rely on his expertise.

For new subscribers, we will include a free signed copy of The Intelligent REIT Investor. Act now!