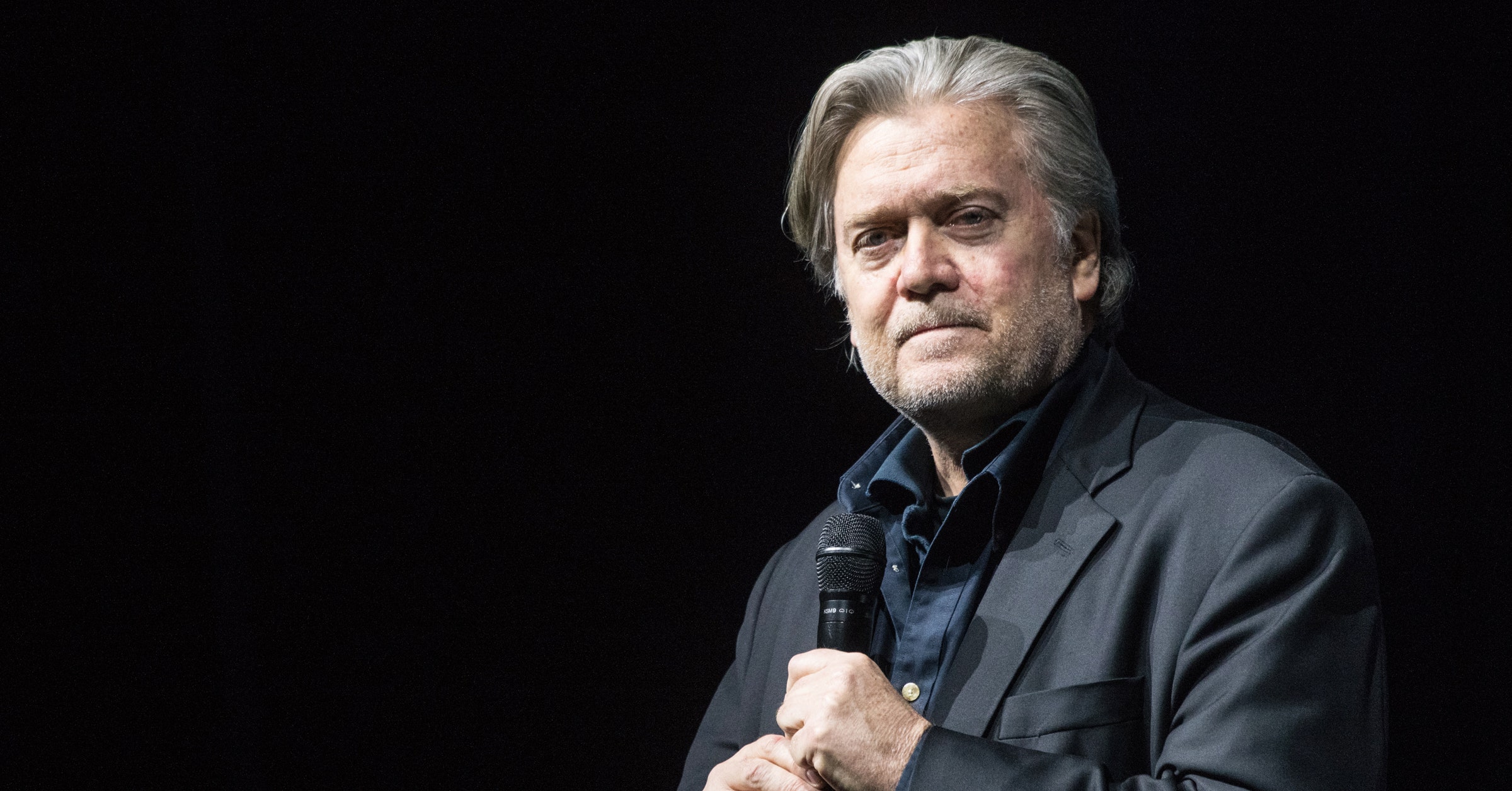 The International Conference on Advances in Computer Entertainment Technology, a relatively niche academic symposium in its 15th year, is embroiled in a white-hot controversy over its keynote speaker: Steve Bannon, the former White House Chief Strategist and founding member of the right-wing publication Breitbart. According to the conference organizer, Bannon—who has no academic background in computer science or interactive design but whose policy ideas have been embraced by white nationalists—will give a speech about how he believes “economic nationalism” will allow for a higher number of minorities to get jobs in sectors like computer science and gaming. The conference, also known as ACE, is scheduled to take place at the University of Montana in December.

Since Bannon was added to the conference’s roster last week, academics, scholarly associations, and university departments around the world have called for boycotting the conference, including the Milieux Institute for Arts, Culture and Technology at Concordia University, the Canadian Game Studies Association, and the Australian Digital Games Research Association.

“Nothing of what Bannon can say represents the ACE community, or the games research community at large. His is a marginal discourse that should stay where it is, marginalized. And that’s why we ask our community to #boycottACE,” Miguel Angel Sicart, a games, art and interactive design researcher at the IT University of Copenhagen, told WIRED in an email. Bannon did not immediately return a request for comment.

Another keynote speaker, Peter Gray, also dropped out of the conference. “I have appeared, happily, on the same stage with libertarians and others with whom I disagree on many issues,” Gray, a retired Boston College psychology professor and author who studies children’s play, told WIRED in an email. “But Bannon’s alt-right brand is personally odious to me and, more importantly, by association would work against my credibility and that of the causes to which I am passionately devoted.”

While he was in the White House, Bannon reportedly helped craft a number of the Trump administration’s anti-immigrant policies, including the 2017 so-called Muslim ban. Breitbart, where Bannon was executive chairman, also played an instrumental role in GamerGate, the years-long harassment campaign against progressive figures in tech journalism and video games. People identifying as GamerGate supporters often railed against the inclusion of more women in the games industry. “It’s stunning to me that this very wide conference would so openly take a political stance on something that seems to be fighting a huge wave of the future—which is female and non-male voices in technology,” says Carolyn Saund, a PhD student at the University of Glasgow who studies social robotics.

ACE is run by Adrian David Cheok, the director of an independent research lab called the Imagineering Institute in Malaysia and a professor at City, University of London. Cheok says he chose to invite Bannon to speak after seeing his talk on YouTube at the Black Enterprise Entrepreneurs Summit last year, which had similar economic nationalism and anti-immigration themes. As number of researchers pointed out, ACE is not a political, or even industry conference—it’s a scholarly venue meant to provide a place for academics to share their work.

“For a conference like this, the keynote is either a leading academic researcher, or someone from industry who does relevant work,” says Katharine Neil, a French game developer who holds a doctorate in computer science games research. “This is like inviting Ed Sheeran to keynote a microbiology conference. It’s unfathomable.”

One academic pointed out the only tangentially related experience Bannon possesses is his involvement with Internet Gaming Entertainment, which made a profit by having low-wage video game players in China earn virtual credits that were then sold to wealthier players in other parts of the world. “The business practices of that company alone ought to disqualify Bannon from being presented as anything other than a cynical operator,” says Jeff Watson, a professor of interactive media and games at the University of Southern California School of Cinematic Arts.

Even before its organizer invited a notorious alt-right figurehead to speak, ACE has been experiencing a series of bizarre issues this year. The website for the 2018 conference originally featured “famous Montanans” including Theodore J. Kaczynski, also known as the Unabomber, a terrorist who killed three people and injured 23 others. The ACE website has since been updated to feature pictures of prominent women who worked in computing.

“People have very little sense of humor,” says Cheok. “The very first website, which was just a draft, we said, you know, who is the most famous person from Montana? And if you did a Google search it’s the Unabomber.”

Starting this the summer, the conference had issues far more serious than an offensive website. All three members of the steering committee quit in early August, after they discovered Cheok had merged ACE with another conference he chaired, the Congress on Love and Sex With Robots, without telling anyone. The committee also worried the academic standards of the event were deteriorating. “There was technically no proper review committee, we couldn’t guarantee the quality,” says one of the three departed committee members, Yoram Chisik, a human-computer interaction researcher who helped organize ACE since 2012. Several of the members on the new, larger steering committee work for Cheok’s research institute in Malaysia.

After Bannon was announced as the keynote speaker, Chisik emailed everyone listed on ACE’s website as a member of the program committee to alert them, as he wrote, to “their present association with the conference and thus however remotely with Steve Bannon and what he stands for.” He says that 10 academics responded to his email saying they had not been aware their names were being advertised as associated with ACE this year. Since October 26, four names have been removed from the program committee list on ACE’s webpage, according to a screenshot captured by the Internet Archive. Cheok personally attacked Chisik on Twitter for sending the emails.

It’s not the first time Cheok has gone after his critics on social media this way. Last year, Cheok delivered a controversial keynote address titled “Sex and Love with Robots” at the Foundations of Digital Games conference, an event originally started by Microsoft in 2006. After Cheok targeted another researcher on Twitter with personal attacks for criticizing his lecture, the Society for the Advancement of the Science of Digital Games issued a statement condemning his behavior.

Meanwhile, ACE’s Facebook page has been filled with angry comments related an entirely separate controversy. Several years ago, Steven Levy, a researcher known for his work on computer chess, started an Indiegogo campaign to create a handheld version of the classic British ZX Spectrum computer. The crowdfunding campaign has yet to deliver its product, which it originally promised would materialize over two years ago. Levy is helping to plan ACE this year, and people have flooded ACE’s page to accuse Levy of swindling them out of money.

The publishing house Springer, which has published the technical proceedings of ACE in its Lecture Notes in Computer Science series since 2012, says it will no longer be involved in the event.

“The number of submissions to ACE 2018 compared to previous years is extremely low and remains well behind expectations,” Renate Bayaz, the director of communications for Springer, wrote in a statement. “Moreover, the decision to withdraw has been made following a number of irregularities reported to us regarding the paper reviewing and selection process and regarding the organization of the ACE 2018 conference. These procedures do not comply with our publishing guidelines which require a transparent and competitive article selection and thorough peer review process.” The conference also lists as sponsors Samsung and Tencent; neither company returned requests for comment.

Cheok says things are going great. “Although you see a lot of people online saying a lot of things, negative things, the conference is still going ahead,” says Cheok. “People are still registering and actually a lot of people have said they are very keen to see Steve Bannon talk.”

Even after all the increased attention, though, there’s some evidence that ACE and its nationally recognized keynote speaker might not draw much of a crowd. Pricing for tickets to a recent Republican fundraiser with Bannon reportedly dropped from $20,000 for ten seats to free. At a political rally in Kansas Tuesday, just 17 people showed up to see Bannon speak.